You are here: Home / Apple Trees / Stepping into September Haze Ironweed Holds Center Stage
August gave us cool days dressed in flannel and comforter nights . . . the coolest August I can recall since my transplanting to New England just thirty-eight years ago. Mostly busy days filled the weeks that passed in tones of green, with worldly guests and migrations stirring motes of dust, pollen and memories . . . both lived and dreamed.
The last hours of Augustus suddenly lead into September’s first dawn . . . breaking through a thick haze of clouded air with bolts of zagged light only Zeus could throw around this old farmhouse. I was sure the power would go out or worse, but we were spared, this time, and when the new, once seventh, month took hold in a fresh day . . .  the air was less heavy with only empty threats of lightning and downpours. Frightening storms floating off to the east . . . the air refreshed, and heaviness lifted, a page on the calendar is turned . . . and the small purple florets of Ironweed takes center stage in the middle meadow garden. At last a Monarch settled long enough for me to catch its portrait whilst sipping from the teeny petals of Ironweed . . . this being only my second glimpse of a Monarch Butterfly in the garden, this year, so far. 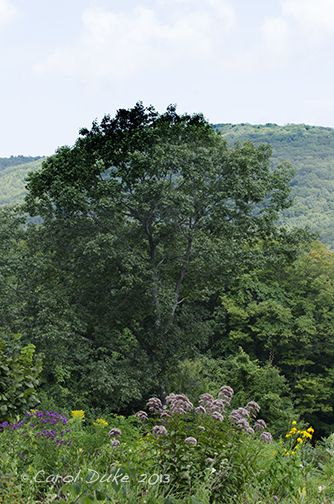 Ironweed stately stands reaching nearly the eight-foot height of Joe-pye weed, adding a bright brush stroke of regal purple to the landscape painting. Touches of yellow come into play with Rudbeckia and Solidago. 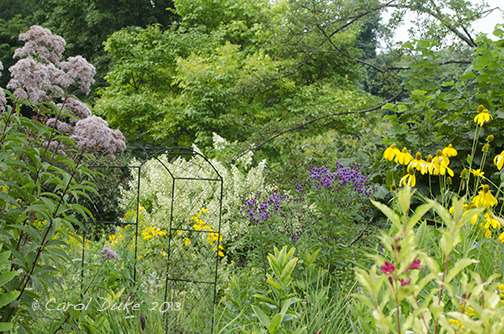 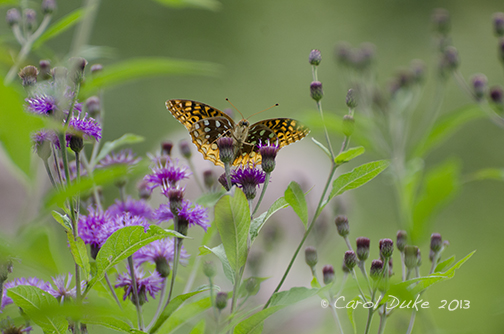 Greater Spangled Fritilaries join in the feast of Ironweed. 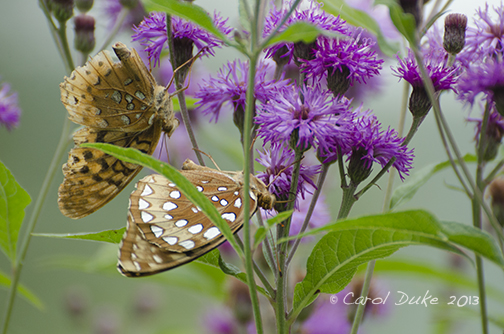 One worn out from weeks of flight throughout August with a fresh Fritillary September emergence. 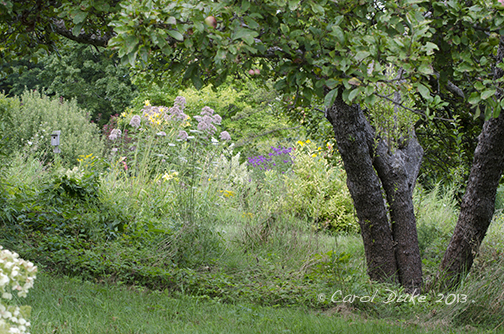 Autumn, but three weeks away, will paint the apples in deeper red hues. 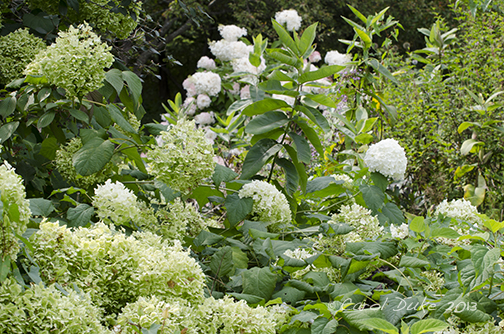 By now, many of the bouncy snowballs of Annabelle’s Hydrangea are carpeting the garden floor revealing the Tree Hydrangea beginning to blush in the background. 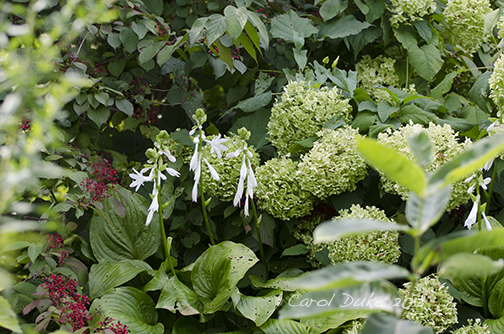 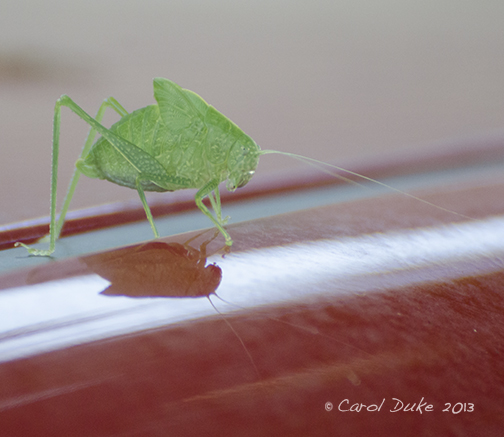 Though we miss the many songs and calls of birds, now gone or silent, Katydids and grasshoppers create such a cacophony between every blade of grass falling like a mysterious, musical mantle over the inky nights. 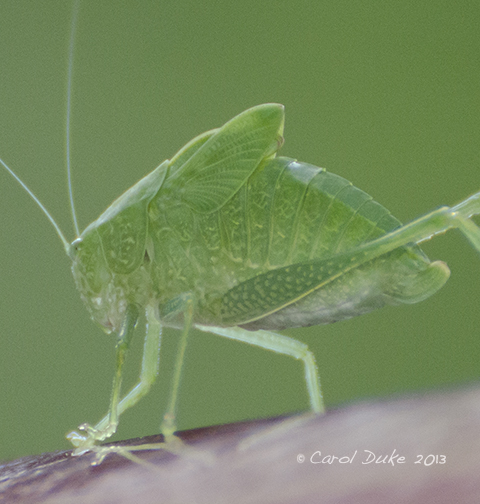 Not quite a violin, but there are actions within these wings striking together in atonal harmony. 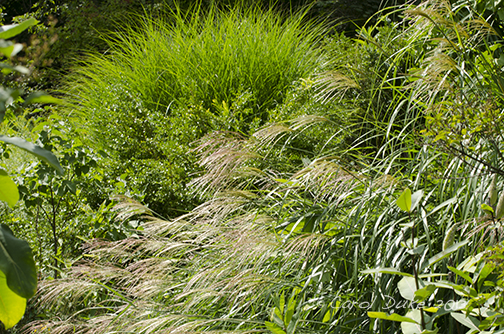 Grasses cut a soft and feathery feel amongst green striking stalks . . . catching light while slicing through the canopy of sky, enveloping Flower Hill Farm, and tickling the muse of darkness. 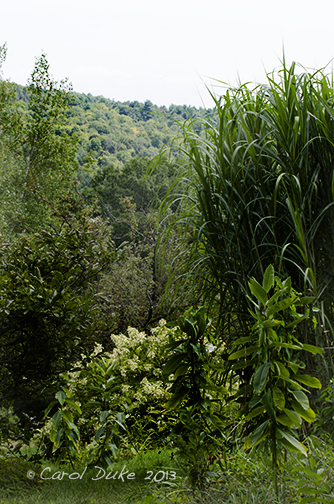 September will summon silky tassels from within these taller Miscanthus greens. 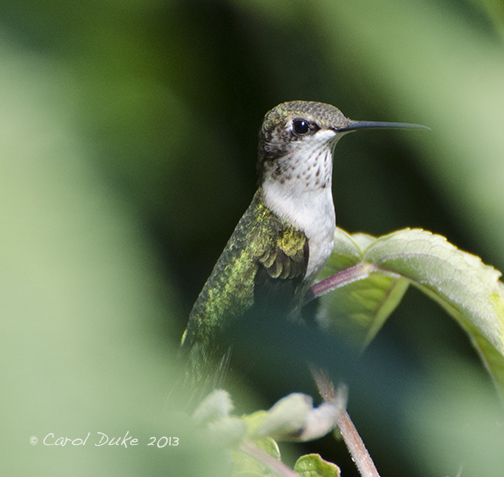 This tiny, iridescent juvenile’s parents have long begun their migration southward bound. I continue to delight in the antics and jewel-like presence of the young Ruby-throated Hummingbirds . . . though knowing they too will be parting soon. Enjoying the days with all the many treasures without clinging . . . knowing ephemeral joys are for moments only . . .  we move with gratitude into September’s ways.

Peace blossoms with justice . . . would that it could be alive in the hearts of all humankind. Our voices, pens and keyboards must be loud like the Katydids wing-songs filling congress and our president’s mind with woe for what they may be about to sanction. Life is precious and fragile.