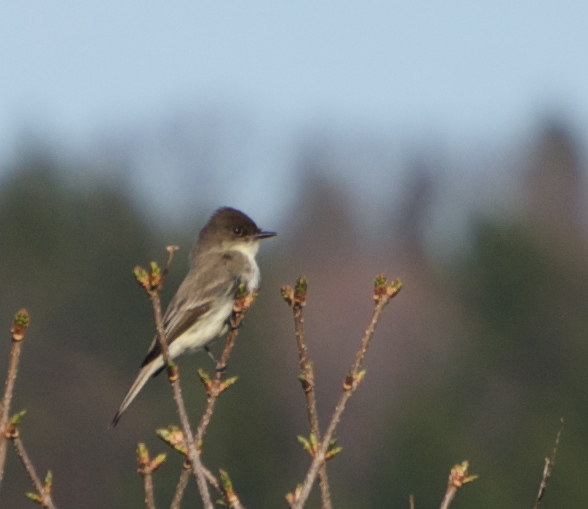 The Vernal Equinox arrives for the Northern Hemisphere, bringing a perigee full moon and the Eastern Phoebes return to our gardens and wildlife habitat. Back in 1804 the Eastern Phoebe was the very first North American bird to have ever been banded and the threads were wrapped by the great naturalist and artist John James Audubon himself. 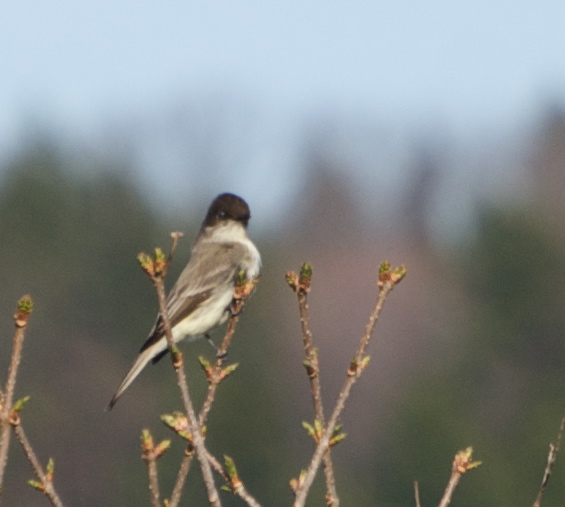 The Eastern Phoebe is a delightful flycatcher who can be seen often bobbing his tail and darting about harvesting insects on the fly. Just now there are not many insects flying about so the Phoebe may supplement his diet with a few smaller fruits. 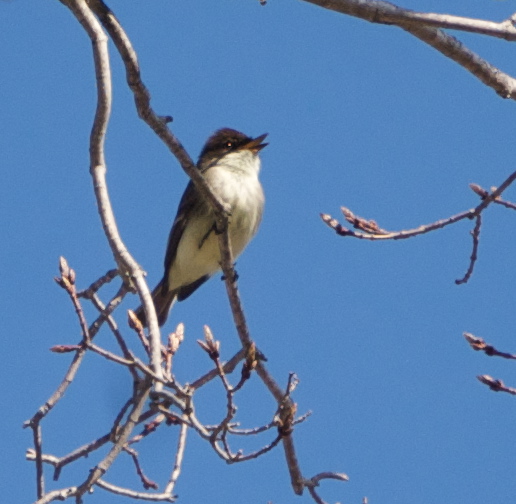 Eastern Phoebes are widely known for singing persistent “phee-bee, phee-bee” phrases. These small songbirds will build their mud and moss nests right over a door or window indicating their tolerance for the comings and goings of people. This behavior gives people a great opportunity to observe them close-up. 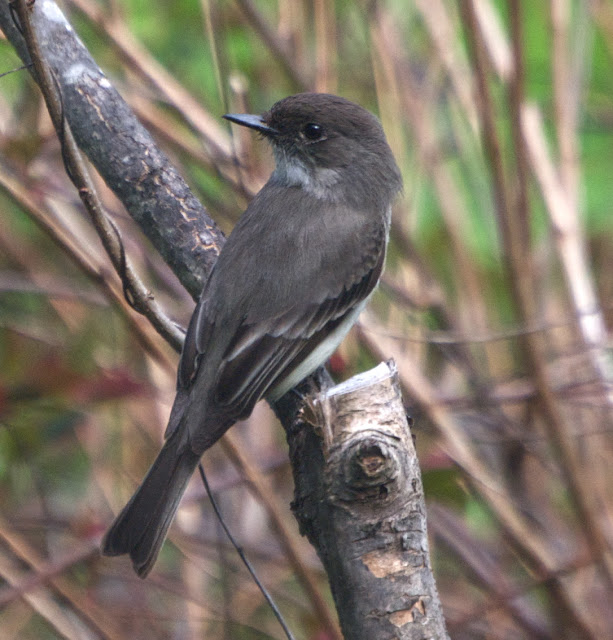 Eastern Phoebes prefer woodlands and forest edges with some water nearby. Their breeding range extends throughout the northeast and midwestern United States into Canada. They then choose to overwinter in Florida, along the Gulf Coast into Texas and Central America. Some Phoebes will become year round residents in parts of the southern United States. 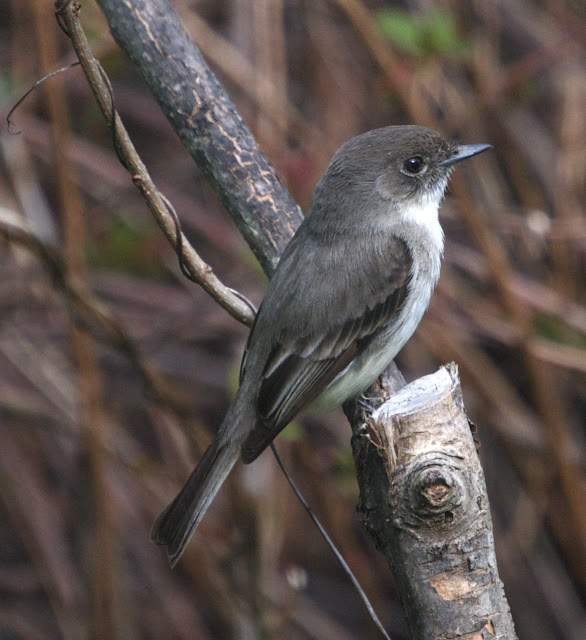 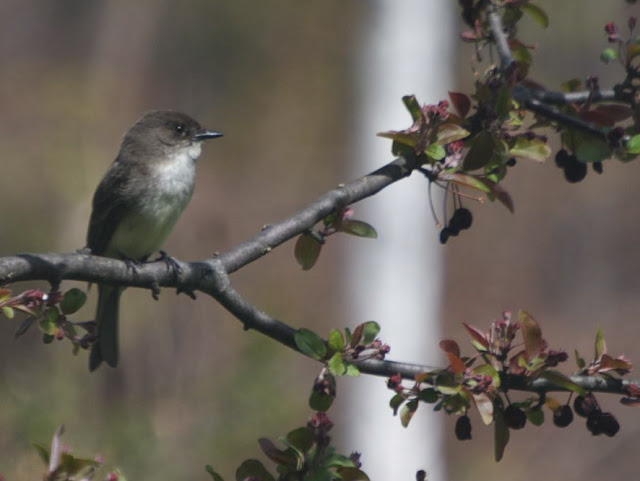 They are very solitary birds and even within a coupled pair the individuals are not very sociable. Perhaps Phoebes spend time alone nurturing their poetic perspectives. Females seem to have little tolerance for the males company. 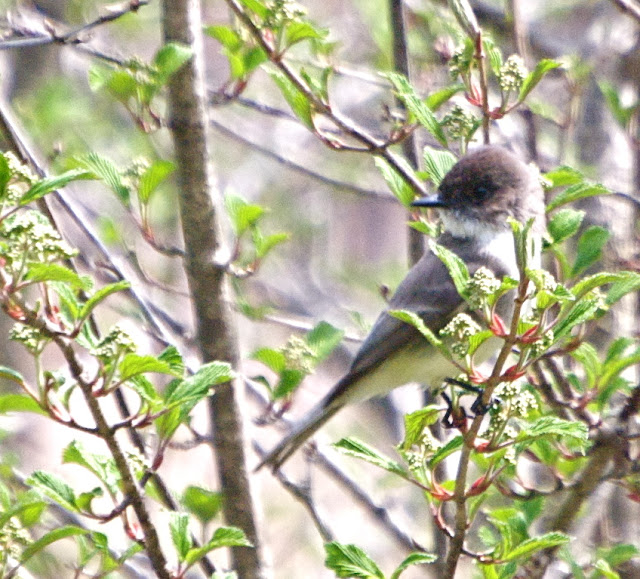 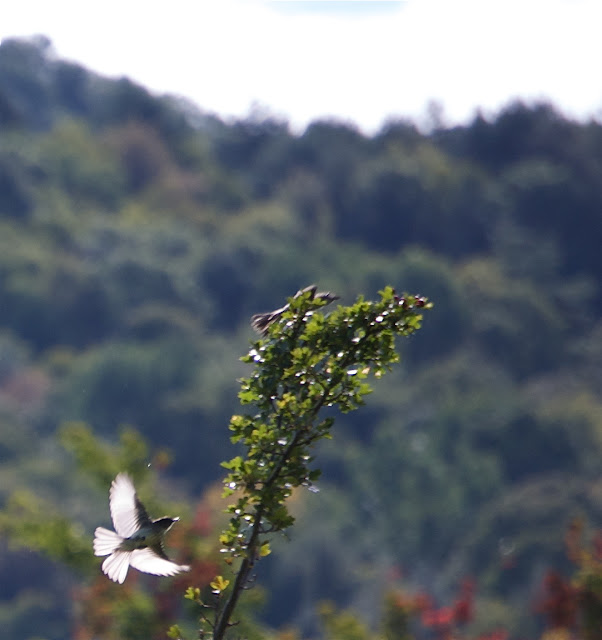 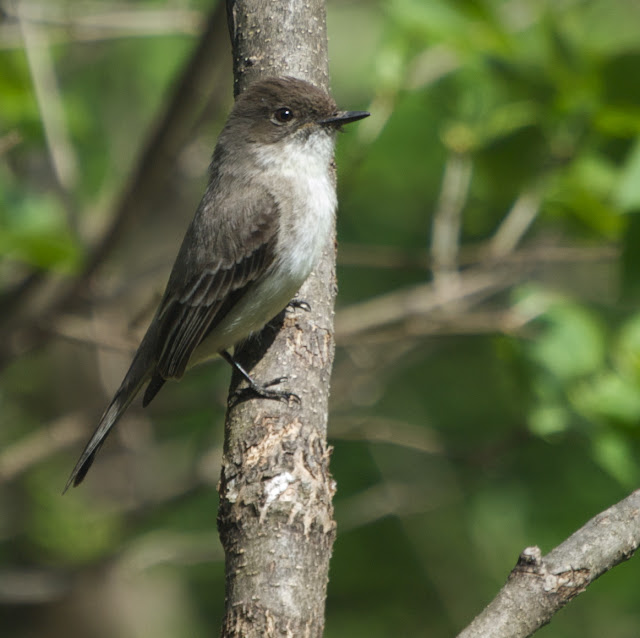 There are no eye rings or discernible wingbars on the Eastern Phoebes brownish gray coat. The underbody is mostly all buff with some pale yellowish tints earlier in the season. The male and female are very hard for me to ascertain. 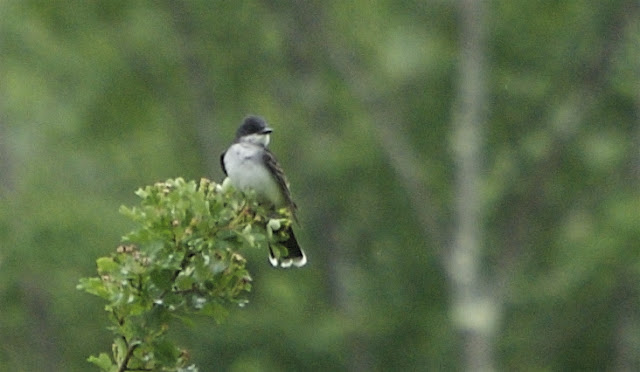 I will include my one photograph of an Eastern Kingbird with the Phoebe contingent, for often at first glance one might be fooled into thinking this medium-sized songbird is an Eastern Phoebe. Besides being larger and darker in color, the Eastern Kingbird is a flycatcher that has evident white tips to his tail. His manner and voice are quite different as well. The Kingbird is very defensive and will attack nest predators such as Blue Jays, Crows and Hawks with great determination. Their song is a titillating treble of trills “Ti-t-t-t-ti-zeer”  that the songbird will repeat up to seven times. The Eastern Kingbirds breeding range reaches farther than their name implies, covering much of the United States and Canada. They migrate to South America for the colder winter months.
Thanks to All About Birds

Looking out from my barn studio door two days ago, I enjoyed an early spring sunset casting a lovely lavender veil over Mount Tom and the Pioneer Valley. 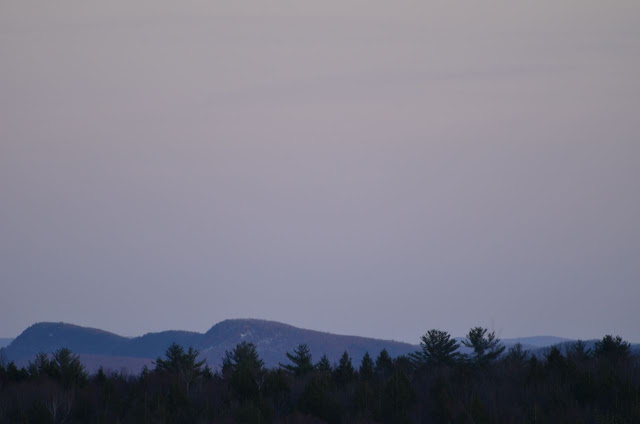 A segment of the Mount Holyoke Range wears a purple hue. 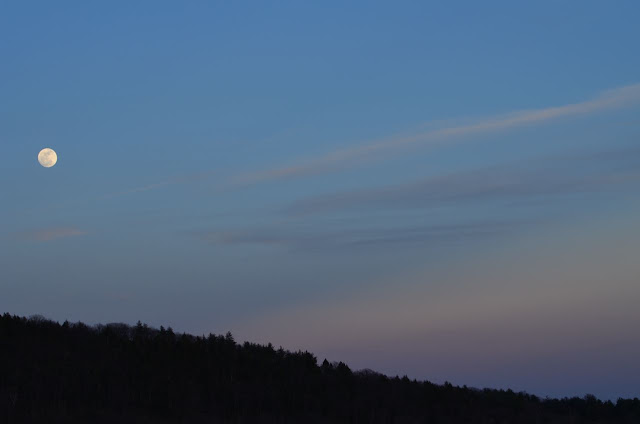 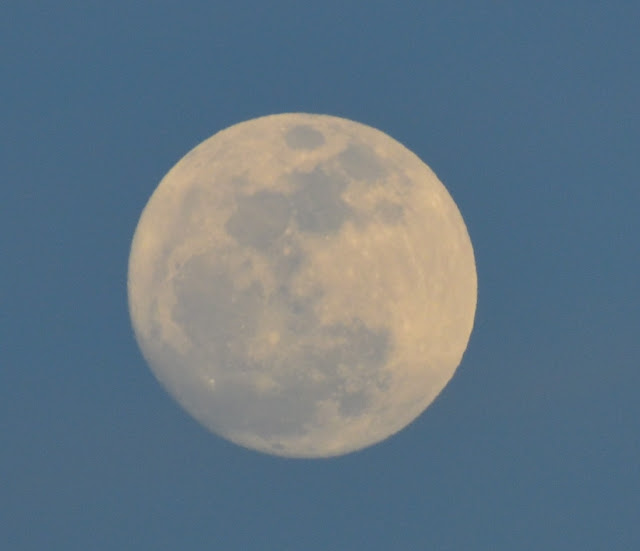 Perigee Moon rising while the sun sails away. This is actually the night before the full moon. Our moon is closer to us than it has been in eighteen years and did seem brighter to me. You can learn more about this special moon here . 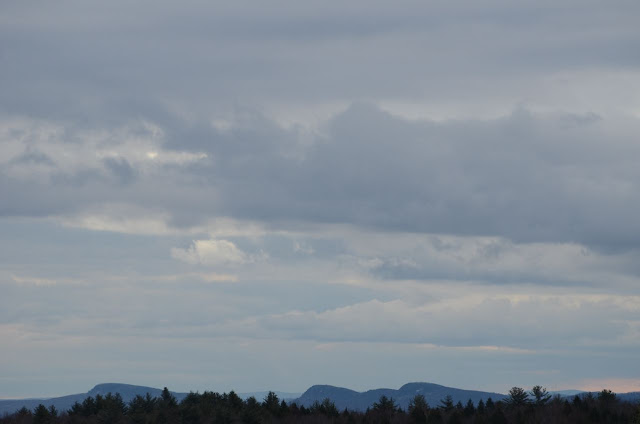 Yesterday was the actual day that would usher in the full moon. 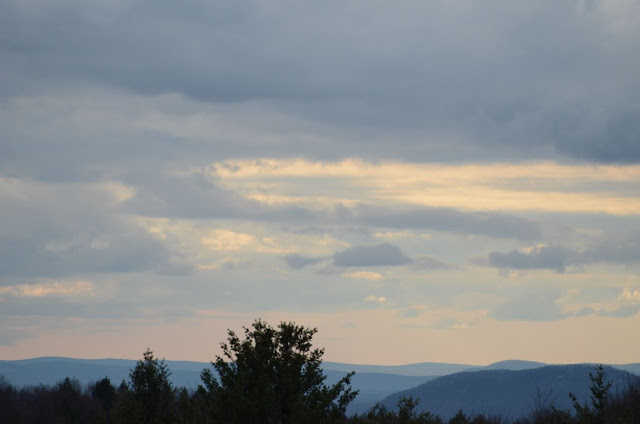 Lovely light was scattered across the cloud filled sky. I was afraid it would be too cloudy to see the moon. 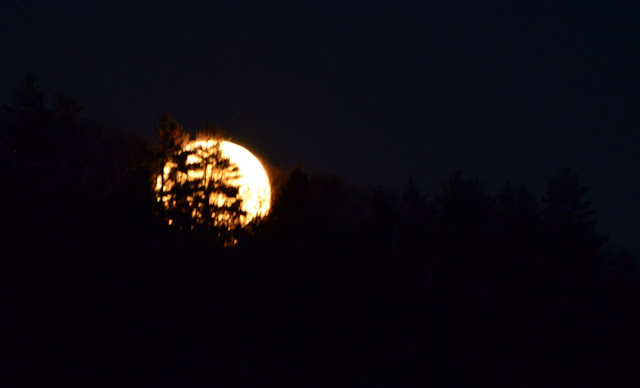 Long after sunset it rose like a fiery globe from the clutches of hemlock along Carey Hill into the dark black night. Soon the mirroring moon lit up the garden floor and tossed charcoal shadows across the remaining snowy carpet. 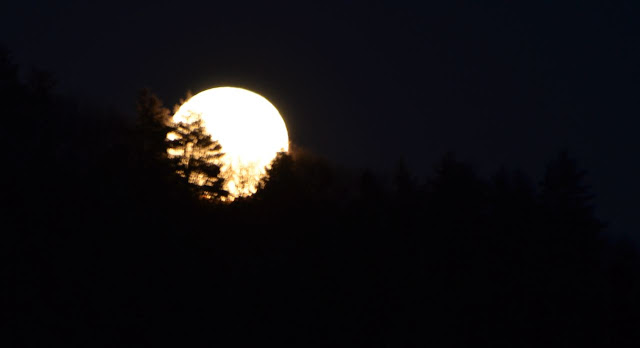 Wishing all a Happy Spring! The snow is melting ice crystal by ice crystal . . . day by day.
May the worlds suffering melt with it.
Oh, that it could.