The striking Viceroy Limenitis archippus, can be sighted in flight, here in Massachusetts, from around the end of May till the beginning of October.
Birds are now searching out the overwintering, hibernating, bird droppings-like caterpillars in their neatly constructed leafy ‘tents’ of apples, cherry or willow leaves. Like the Red-spotted Admiral they cleverly create a hibernaculum by drawing out silk from their bodies and securing leaves to twigs or branches so that they cannot fall. The third instar caterpillars then neatly fold the leaves creating a silky tunnel around their tiny bodies and proceed to sleep through most of fall, winter and well into spring. 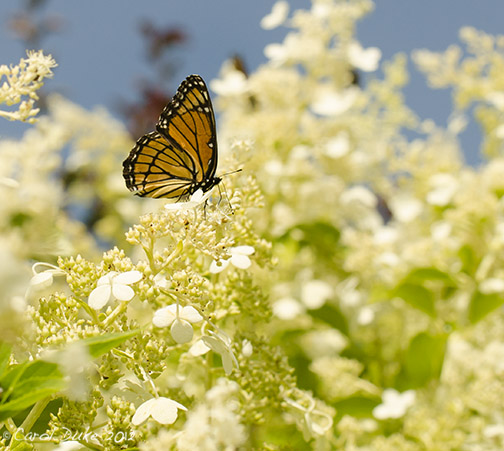 Viceroys are consider common and abundant in Massachusetts. It would seem that the birds are fooled by the Viceroy’s fastidious overwintering tents, as many caterpillars are able to emerge from their dry leafy homes and munch along the fresh green leaves that open in spring. Many successfully then hide out in their again bird poop-like chrysalis forms and after about ten days become butterflies. 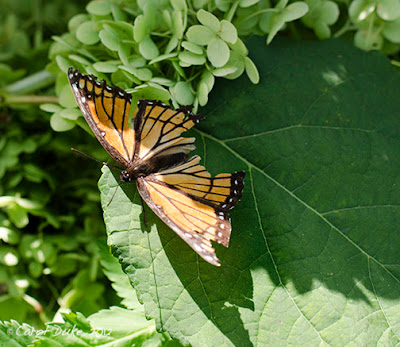 Viceroys are designed to confuse birds and other predators by mimicking the toxic Monarch butterfly. I guess some birds do not attend the ‘Butterflies Not To Eat’ seminars or perhaps they learn to spit out the toxic body parts. The photograph above illustrates that to mimic is not always a guarantee to sail through life peacefully. I often see the Viceroy’s cousin the Red-spotted purple (scroll down to last post) with tattered wings too, even though that butterfly form of the Red-spotted Admiral is suppose to be a mimic of the Pipevine Swallowtail.

Though a viceroy is not as high in rank as a monarch, the butterflies do end up confusing people too. There are many differences but besides being smaller, the easiest identification mark is the ‘smile line’ through the Viceroy’s hindwing vertical lines. If the butterflies are too far away to see these details, you can always discern the spectacular soaring flight of a monarch from any other butterfly. 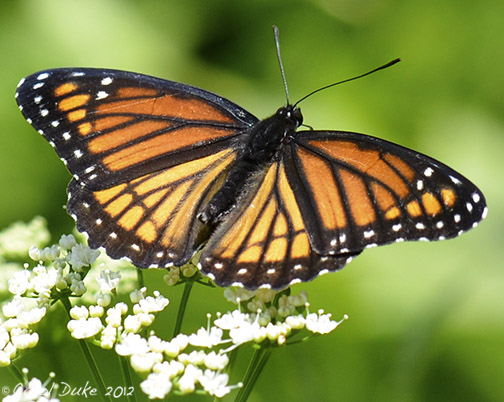 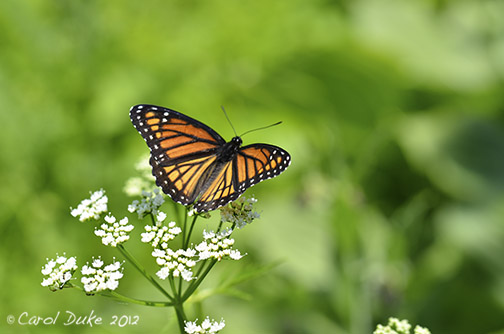 I was not able to get any close ups of the Viceroy in 2012. The two images above from previous years clearly show the horizontal line going through the vertical lines on the hindwings. The Viceroy may mimic the Monarch but does carry its own potently unpleasing taste to deter predators. 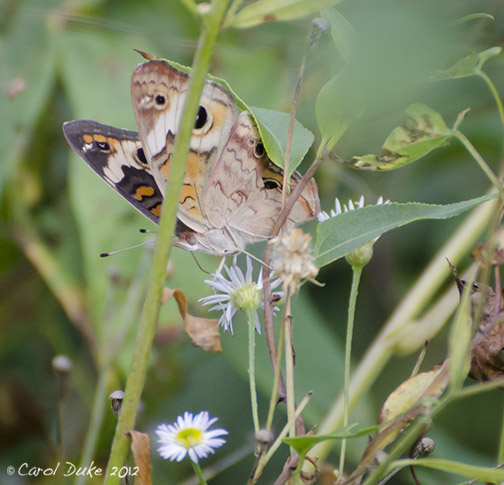 The Common Buckeye Junonia coenia, is not a mimic of any other butterfly but has it defense in its large eyes that might frighten any bird away. These migratory butterflies are not really so common here in New England. Some years they may be rare and others more abundant in numbers. I did not see but the one above in July of 2012 and could not get close to it. Butterfly hunting with a camera is hardly ever easy but the photographs below reveal a Common Buckeye from 2011 that was very close and allowed me to take over a dozen images. 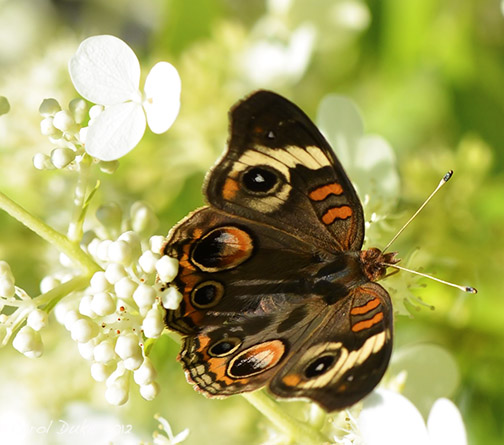 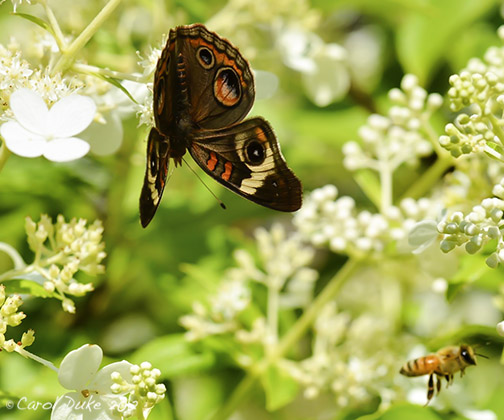 The images above were from some of the photos that were my very first sighting here at Flower Hill Farm in July of 2011.  I was so thrilled the entire time I was clicking away.
The Common Buckeye can be sighted in flight from July through September and then in large numbers in their fall migration. If you grow snapdragons or any of their family members please allow some of these butterflies larva to feed on the leaves. Caterpillars also eat Blue Toadflax, False Foxglove and other plantain family members. There may be other plants that please the Common Buckeye too so be sure to identify any caterpillars before you remove them. Who needs perfect plants anyway? The butterflies tend to favor the composite family. 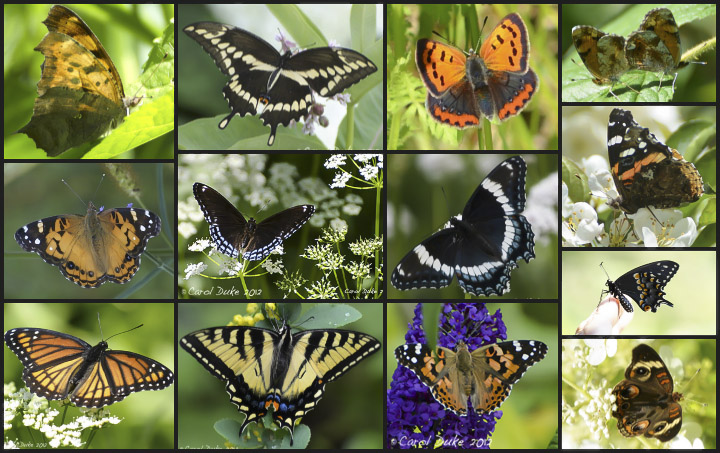 Gardening for butterflies can be so rewarding! 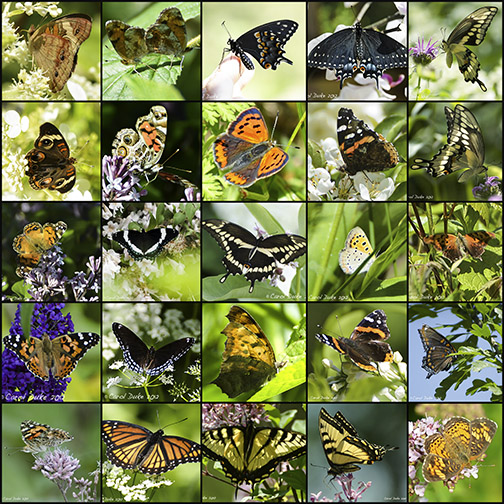 These are all the butterflies (with open and folded wings) I have reviewed so far from my sightings at Flower Hill Farm in 2012. I have more to share.
The temperatures in Western Massachusetts dipped down into the teens on Wednesday. I hope the emerging Mourning Cloaks were able to stay warm enough through the bitter cold night.