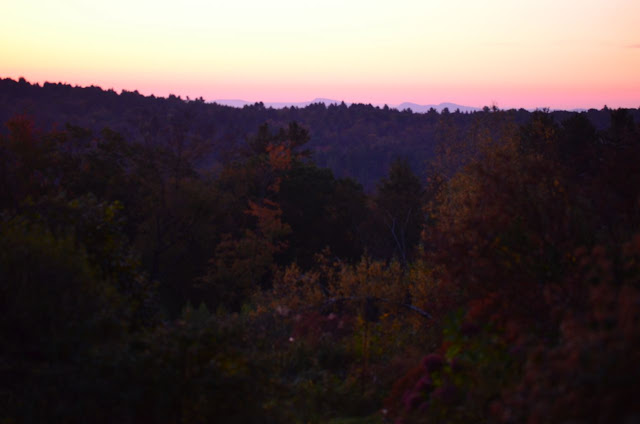 Days of the late summer and fall of 2011 will be recalled as perpetually wet and as if the whole of the landscape had been marinated in a slate gray soup. Drenched by Irene fed floods and months of moisture, the trees seem as unhappy about all the dampness as do the humans that live mostly within sheltered structures, where swollen doors refuse to completely close. 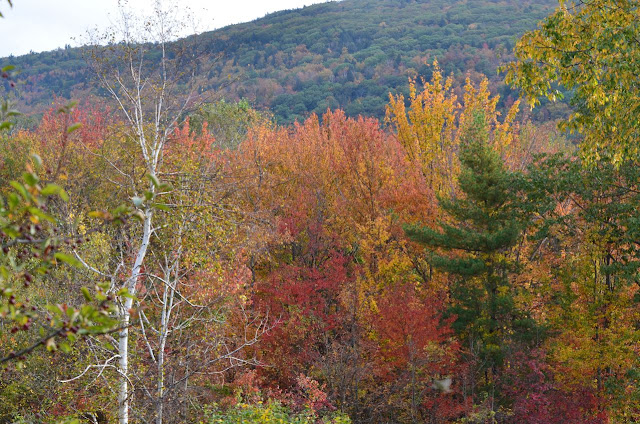 Though in general the autumnal palette is of a duller value, there are a few trees . . . perhaps younger . . .  that boldly stand out in radiant reds. I have read that a fungus has taken hold of many Sugar Maples and I notice leaves of Paper Birches, Black Cherry and many other trees that too are mostly turning brown and dropping to the ground. 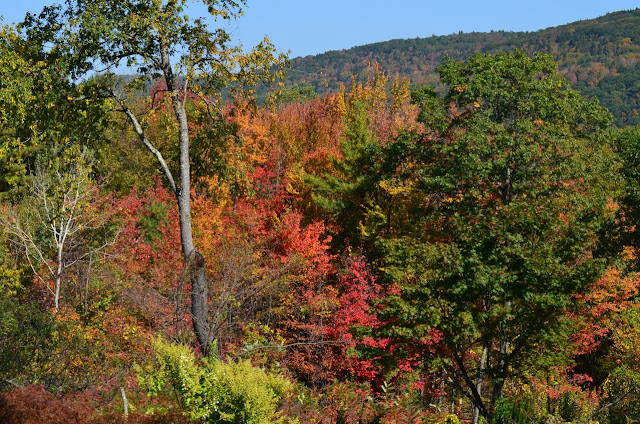 The bright oranges and reds that do shine through their complimentary green Oaks offer dabs of what we normally see spread in swaths of large striking brush strokes laid down thickly across Walnut and Carey hill. 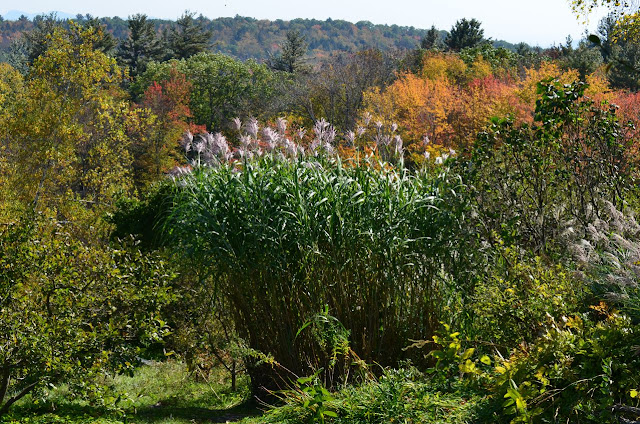 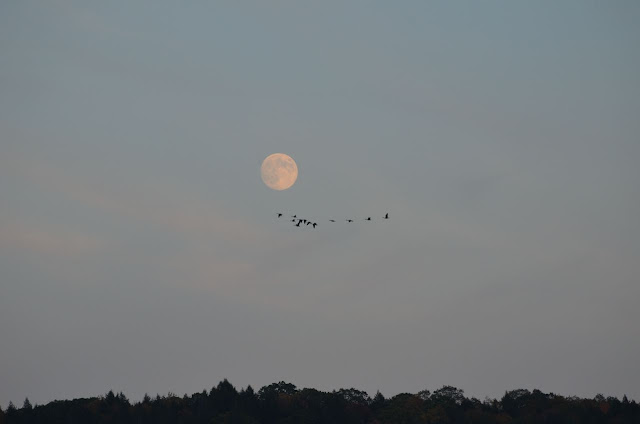 Luckily the rain did let up long enough to enjoy last weeks full moon. Everything seems off tilter . . . even the geese were flying in the wrong direction. 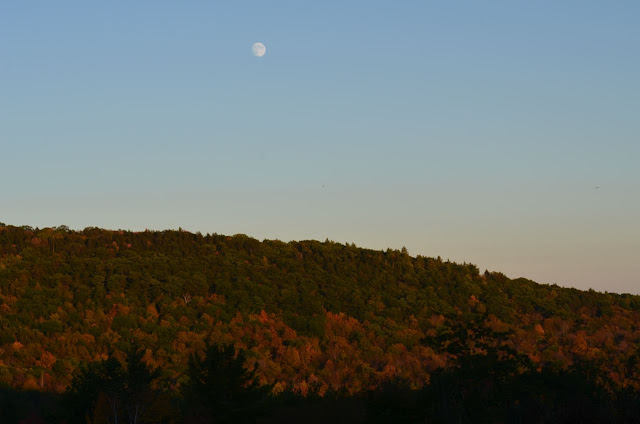 Sunset and moonrise light casts a particular veil across Carey Hill allowing an observer to see the true tree colors as brighter than earlier in dazzling sunlight. 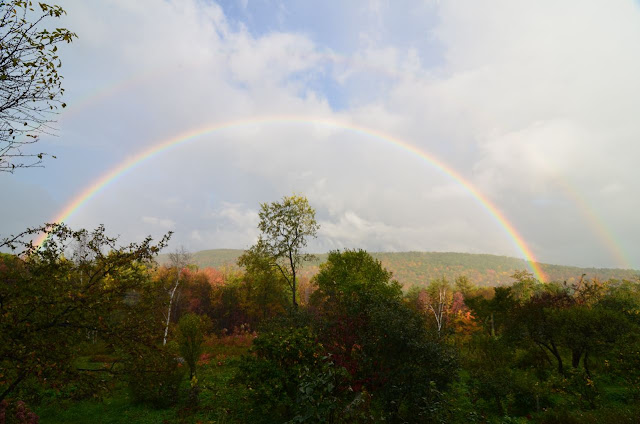 An ephemeral arch of refracting droplets between the soaking storms does create an equally ephemeral ebullient spirit. Rainbows demand quieted contemplation for their duration. 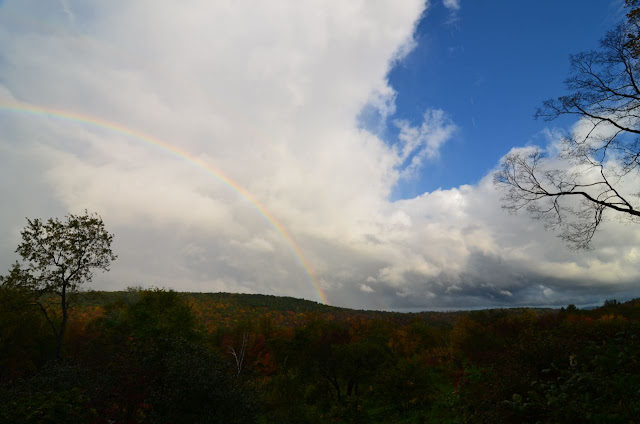 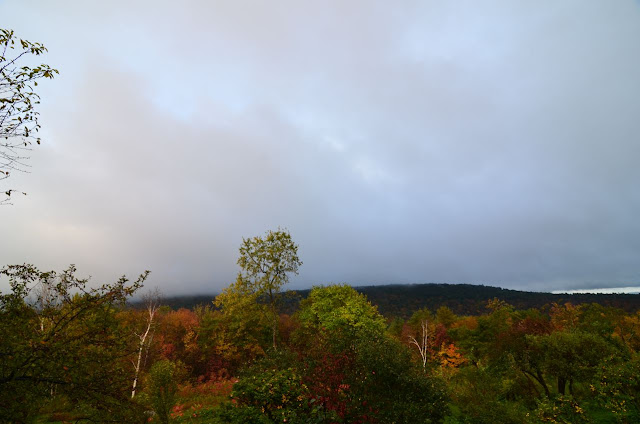 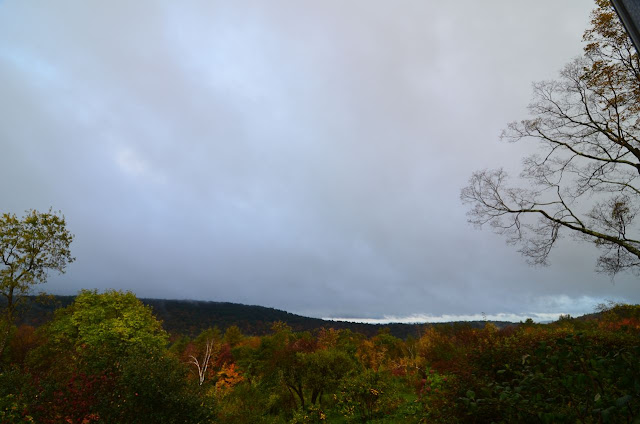 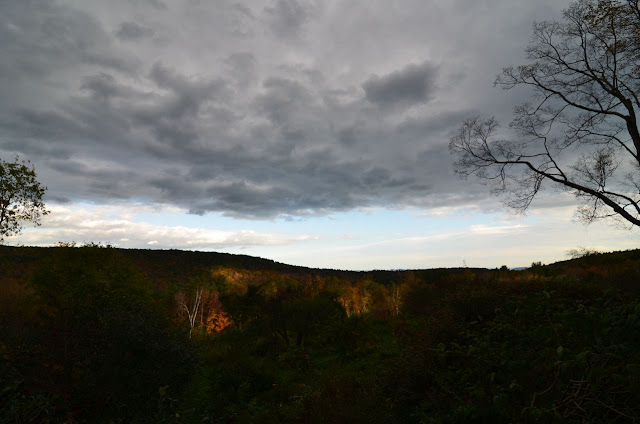 Masses of clouds hold magic too. 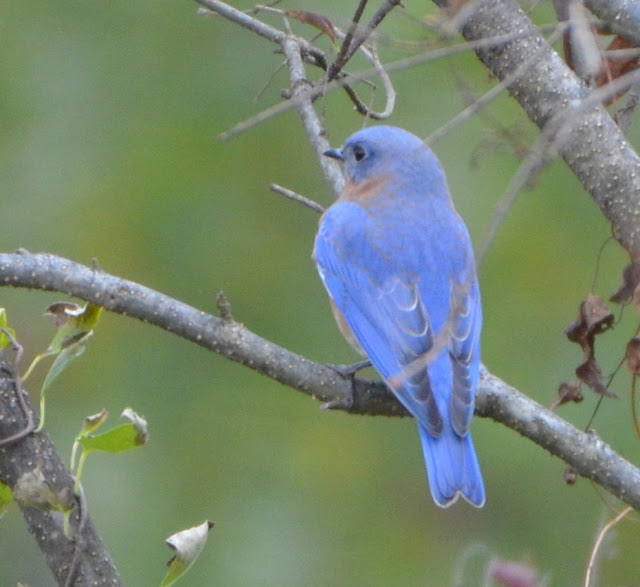 Bluebird blue pops out before leafy green.
I have had a few Bluebirds checking out the nest box below. They will share it this winter on the colder nights. I must be sure to get out and clean all the bird houses for they are safe sanctuary for our overwintering friends. One morning last winter I counted eight Bluebirds  . . .  one after another as they flew . . . flashes of cerulean and cobalt blue . . . out of the humble housing below. 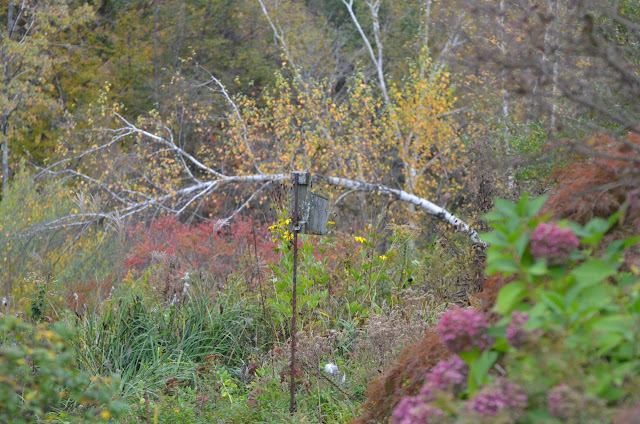 Visual feasts such as these are fleeting and I savor the mouthwatering moments I look out on. While walking surrounded by a vivid landscape that soon enough will grow cold and much less colorful, I hold the images within like a fine wine or chocolate whose dreamy flavors I might swish around in my mouth before swallowing.
I hear it has been very wet in Sweden too. Visit Katarina  for other mouth watery tales.